Smartphone: I am become Death, Destroyer of Worlds

When the robot overlords take over and finish thoroughly examining each bit of the yottabytes of accumulated data that make up the entire collected history of human culture – sadly a process that will only take them around 2 seconds with their quantum logic computing power stolen from the NSA, but it will be a merciful two second reprieve from the constant whippings and cruel task mastering – they will likely determine that the smartphone was the most powerful and disruptive technological invention us fleshpods managed to create.

According to the always-right, never-wrong Internets, the phone universally hailed as one of the first smartphones to reach the Americas was the Kyocera 6035. 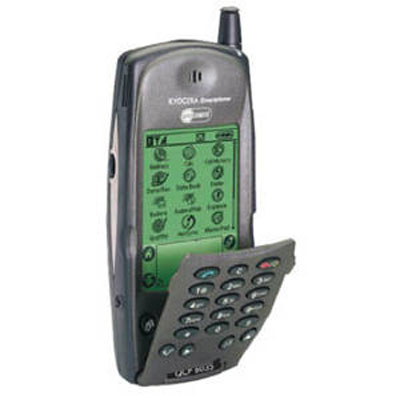 This landmark event happened all of 12 years ago, but when you look at how smartphones have advanced in the years since – largely due (in my opinion) to the revolutionary design of the iPhone in 2007 and the runaway success of Apple’s game-changing app store – the smartphone went on to very quickly replace, nay, kill off many other technologies along the way. Much like a self-aware, perfectly evolving digital Swiss Army knife, the smartphone can absorb the role of many other standalone devices and become whatever its users need it to be. And just you wait until the robots start probing you with your new even-larger Galaxy! Oh, you’ll wish you’d bought the smaller, thinner iPhone then, iPromise!

Here’s a list of some technologies that have been or are being ground out of existence under the cruel jackboot of the smartphone’s domination.

Remember when you used to have to drive to a gas station to try and find a payphone to use? Or how you would play that fun game of “Will it, won’t it?!” on whether the phonebook would still be there chained to the phone by that metal umbilical and be a) intact b) there but mutilated c) completely obliterated/missing or d) soaked in hobo urine. 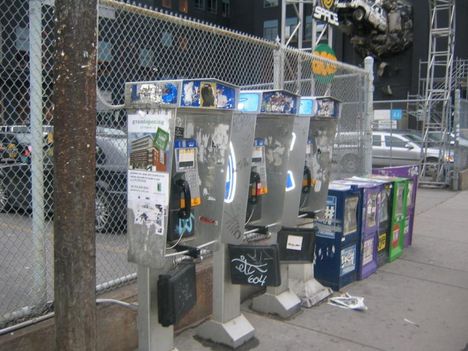 The smartphone has killed the public payphone. Dead. Gone, poof like Keyser Soze. It is also rapidly killing the home phone, as people start asking themselves, “Wait…I’m paying the phone company how much each month to have this phone that I don’t even use any more?!” Goodbye, communal phones, with your weird smelling mouth and earpieces! I can’t say anyone will truly miss you. Well, maybe Banksy.

I bet your mom has a quaint address book, probably with some whimsical farmhouse picture or Norman Rockwell painting on the cover that she keeps in a drawer in the kitchen next to the phone crammed with pens and sticky notes and other geegaws. Many addresses are scratched out and rewritten over and over as people move or, umm, die. 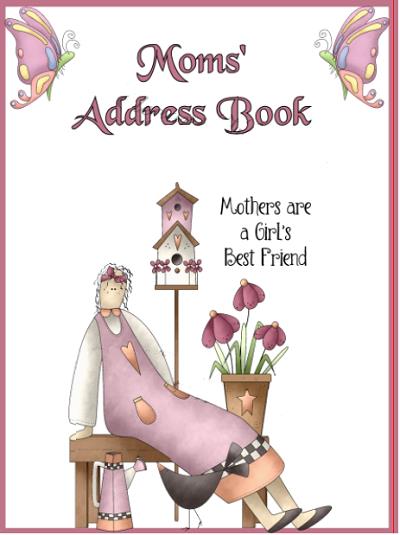 Bet who probably doesn’t have an actual, physical address book? Anyone reading this. We use the contacts in our phones. Because it updates addresses way faster along with storing social media profiles, e-mail addresses, fun facts like, “Has a weird obsession with hard cheeses” and the like. Plus, a digital contact is as easy to share as tap-click-share and can import new information just as quickly.

Back in high school, one of my math teachers required that we all bought these really expense TI graphing calculators. I’m not sure I ever really figured out how to use the thing. Today, I could get way more functionality out of a $1.99 app on my phone. (Granted, I still wouldn’t know how to use it.) The standalone big-button calculator that many people kept in desk drawers has also been gobbled up by the calculator included in the phone or by the one that I have pinned to my desktop’s start window.

The wristwatch is almost like a modern-day, instant generation gap determiner. If you are over, say, mid-30s, then you likely grew up wearing a watch, and probably still wear a watch. (And if you owned a Casio calculator watch, then that strange sensation you just felt was you and I bro-hugging it out...) 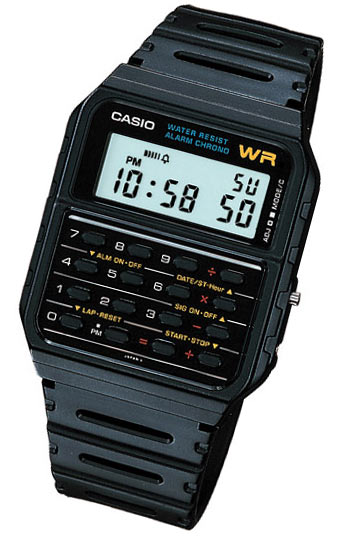 If you are under mid-30s, then you likely just check your phone. Watches have now evolved beyond the mere mundaneness of serving their primary purpose of telling time, and have transformed into jewelry/fashion accessories or lifestyle statement pieces. Oh, sure, they still tell time, just not as accurately as a constantly Internet updating smartphone, but no one actually looks at their wrist to check the time! Oh, God, no! That would be the ultimate loss of street cred. (Though, my dive watch challenges your smartphone to a “What time is it now?” challenge at, say, one meter down.)

Say what you will about Apple Maps, but it has never steered me 1/10 as wrong as my Magellan GPS unit does on the daily. I swear, I think the Magellan actively tries to sabotage me, choosing detours that may save several feet of driving distance but add long minutes of driving time. Or by plotting routes with the primary subroutine of “travel through every small town, specifically with scary looking out-in-the-middle-of-nowhere chainsaw-killing-shacks whenever possible.” Also, the standalone GPS unit wants to charge me like $100+ to update its woefully out of date map software. The standalone GPS market has been decimated by the smartphone which includes a way better, constantly updating version of the same thing for free. Suck it, Magellan. Suck it long, su--- (rerouting...)

Part of a delivery crew’s kit used to be the venerable Thomas Brothers Guide. But the brothers have been put out of business. Along with standalone GPS units, people are no longer using those big, refolds-like-a-Mensa-puzzle paper maps. Our glove box used to be filled with regional maps, state maps, and local maps. Now it’s filled with napkins and pens and bottles of hand sanitizer. Granted, I’m not going to try and summit Cho Oyu using my phone as a digital Sherpa, but for general land navigation, the maps I can pull up in my phone win the day and refold with one simple button press.

Or when I’m traveling and in a hotel room, I had this pre-bed routine where I would put the alarm through “practice sessions” where I made sure that I a) set it correctly b) didn’t screw up the am/pm bit c) it isn’t set to a station that is going to play static and d) it actually turns on and alarms. But now, everyone I know uses the alarm in their phones. Even the impossible to wake-up, Darryl Wilkinson, uses his phone to wake-up. Granted, it is a special app that features an alarm with flashing, seizure inducing strobe lights and sounds like a malevolent robot has been unleashed that is ready to attack. Even if the power dies, the phone will almost always have enough juice to power the alarm and as a bonus I can choose what song I want to wake-up to. And setting the alarm is as simple as, “Siri, set an alarm for 7:45 am.” Granted, due to my OCD, I will usually still ask for a wake-up call. I mean, I don’t want to be the guy that oversleeps and misses his plane.

Click here to continue reading a bunch more stuff your fancy smartphone has killed off...