3D Goes For Resurrection With Glasses-Free

In a way, 3D is kind of like a technological cockroach; no one really wants it, but it also just won’t seem to die. The TV manufacturers are making another attempt to bring 3D back to the market, but this time in a glasses-free version.

Technically known as auto-stereoscopic 3D, glasses-free 3D was being implemented in a variety of ways by multiple manufacturers at CES 2014, and I did my best to visit all of the booths and see the tech in action with my own eyes. 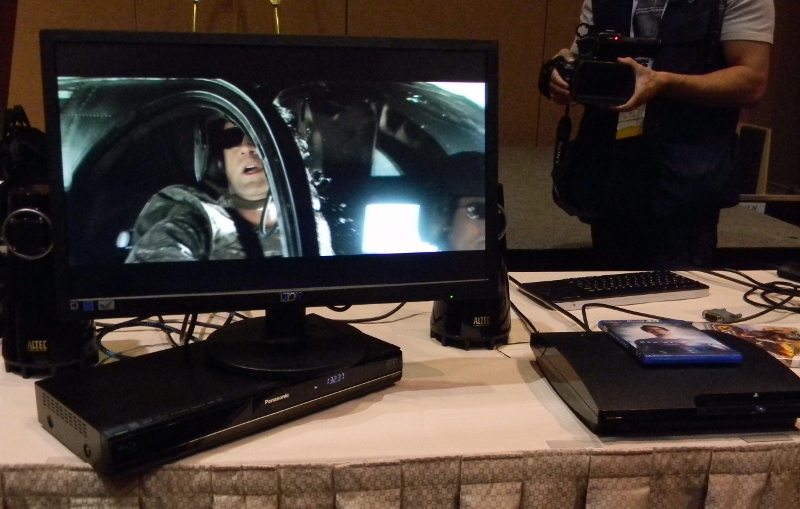 IZON held a press conference on Monday which was really more of a technical preview of their technology than an actual press event. The demo was basically, "We are showing our glasses-free technology. Please come up and take a look." With that, I put my notebook away and walked up to look at the demo which included a 20-inch TV with IZON tech on-board and a Blu-ray player displaying a 3D copy of Man of Steel, the latest Superman movie. IZON claimed it is able to use its tech for real-time 3D gaming, but they claimed an issue with the Sony PlayStation on hand prevented them from demonstrating it. Ideal viewing range to experience the 3D effect on the 20-inch panel is 3-4 feet, and really requires the viewer to be at eye-level with the screen for best results. While there was definitely enhanced depth to the image, and I could see effects where the image broke the screen plane, it also had a very grainy, lenticular quality to me, reminding me of those old 3D postcards. There was a lot of distortion in the image and both the image and 3D quality were definitely affected by moving my head even a little bit in any direction. Upon closer examination of the screen - rubbing my finger on it - it definitely had that postcard ridgy-texture to it. Apparently IZON had a 64-inch TV on display in its booth but I was unable to make it over for a viewing. 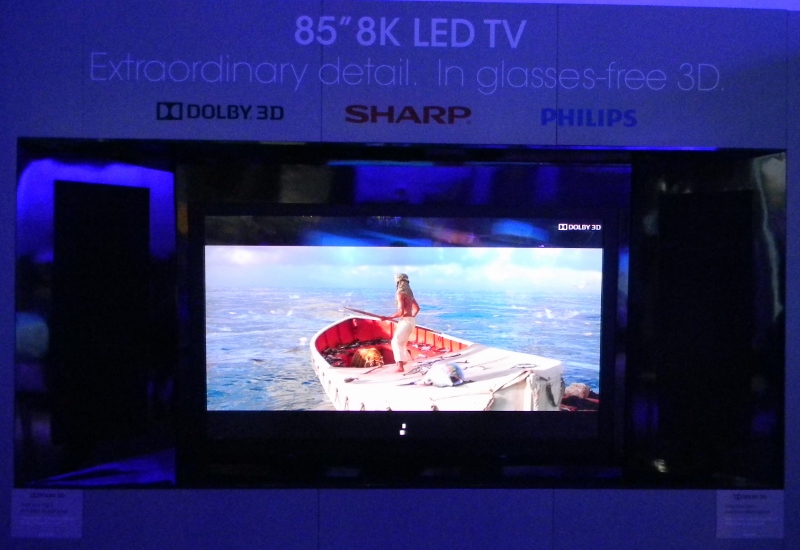 Sharp took glasses-free 3D to the ultimate technical max by displaying it on an 85-inch 8K panel. You know, because 8K on its own isn't flashy enough for Vegas. This is a ton of pixels to use for right and left eye images, presumably giving each eye sweet-sweet 4K to bask in. Also Sharp incorporates Dolby’s glasses-free 3D technology. With such a huge screen and high resolution, there were more spots to stand where the image seemed to work and deliver the 3D effect. However, I constantly felt like the image was rippling and rolling in waves along the horizontal of the screen, especially if you moved your head or shifted from side to side. A Gizmodo reviewer wrote, “As you go from a dead center viewing perspective to a wider and wider angle it looks worse and worse. I would argue that Sharp’s prototype barely has a viewing angle. The 3D effect barely works. It just kind of looks like the TV is broken.” I would disagree that the 3D effect barely works, as I definitely saw the enhanced depth of 3D, but it certainly didn't work well enough to offset the other viewing issues. Further, the resolution benefit of 8K was totally lost as the image didn’t seem to have even the sharpness and detail of 1080p. Sharp ran a loop of clips from Frozen and Life of Pi. 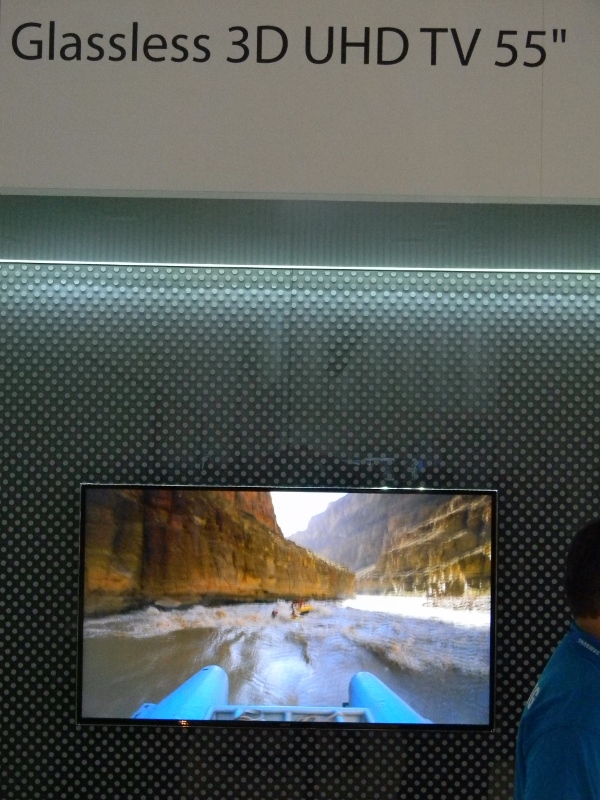 Samsung’s glasses-free demo was tucked into a back corner of the booth next to an 8K TV. In fact, it was so “out of the way” that I actually missed both displays on my first booth walk-thru and there was literally no buzz on either set. Which was actually not surprising after looking at the TV. The Samsung set was smaller – around 55-inch –than the Sharp and “only” used 4K technology. (Please read that with an appropriate air of superiority and technological sneer.)  However, you’d have had no idea that it was 4K as the images lacked any real sharpness and detail and certainly paled next to every other 4K set I saw at CES. The set definitely has a 3D effect, adding depth and dimension and breaking the screen plane with objects that extended out into the room, notably thrown food or water splashes. However the set exhibited the same rippling and waviness to the image that I noticed from the Sharp TV, and it also had a shimmering-grain to it as well. I couldn't touch the screen to see if it had a texture to it. In fact, it was actually hard on the eyes to watch for very long. Also, the rep said I was a little tall for the display and had me duck down to be at eye level with the set. Apparently even though it was a 4K set, it was actually showing 720p footage. Also, all of the Samsung demo material that I saw – some clips of whitewater rafting and random people having a food fight – was presented in slow-motion which makes me think that the set might have difficulty with motion.

Please click here to continue reading about the other TVs that I saw and the ONE glasses-free technology that made me believe this whole crazy thing might actually be possible!

difference between sildenafil and tadalafil

Reply Gvdbhieve
9:21 AM on May 2, 2021
buying tadalafil online http://boxtadafil.com/ is tadalafil the same as cialis