4K is coming! Does anyone even care?!

This year’s International CES could just as easily have been called, “The Great Big Giant 4K TV Show!” because if you ventured anywhere into the central hall, that is practically all you saw or heard about.

(OK, it actually isn’t 4K, as that technically refers to the theatrical format that is 4062x2160 resolution at 17:9 aspect ratio. We all need to start getting into the habit of nipping this 4K thing in the bud, and start calling it back it's new, cooler and hipper name, Ultra HD, which is 3840x2160, or (conveniently) exactly twice the horizontal and vertical pixel count of 1080p. Who’d have thought that after all of these years line-doubling would come back into such fashion?! The more things change, the more they stay the same. Hurray!)

Of course, as anyone that has lived in these United States for any length of time can tell you, bigger is always better. I mean, who wants a 48-ounce Big Gulp, when you can get a 96-ounce cup of sugar-filled Mega Diabetes for just pennies more?! We’ve been taught that “value size” really means, “super-mega-jumbo-size” with enough calories to preserve a family of Eskimos through the long, cold winter. We demand cars that roll on tires big enough to shame the Lunar Rover. When new cell phones come out with even a single extra pixel in their cameras, we all want to run down to the hammer store so we buy a tool worthy of smashing our current phones into silicon powder, just to justify the expense of the upgrade we all know we must have in order to live a fulfilled, satisfied existence.

So, obviously, the four million-ish extra pixels offered by 4K Ultra HD are the only thing that matters. In fact, I fully expect that each one of these extra pixels is likely to individually revolutionize TV and movie watching in a way that will make everything that has come before them seem like some blurry and out-of-focus mockery. I for one am preparing to weep for the lost innocence of my youth. Right after I finish smashing out the last bits of glass on my Pioneer Elite 9G Plasma, punishing it with extreme prejudice for the years of my life that it stole, of course.

Seriously, though, does anyone really care about Ultra HD besides the TV manufacturers that have corporate shareholders lined up waving flaming pitchforks and screaming, “Now where is the money going to come from?! What’s next?! WHAT?!?”

So far, I’ve yet to have a single person walk into my showroom and ask about Ultra HD. I’ve also yet to have a single person ever complain about the picture quality of a 1080p TV. Nope. Never once had anyone say, “Sure it looks good, but I mean, I really feel like the pixel structure of 1080p is holding me back from actually enjoying my system. I mean, no, I can’t actually see the pixels from where I’m sitting, but I know that they’re there. I just feel those tiny squares making up the image and that just ruins my suspension of disbelief and makes it impossible to truly enjoy the fine beard-hair detail on Duck Dynasty.” 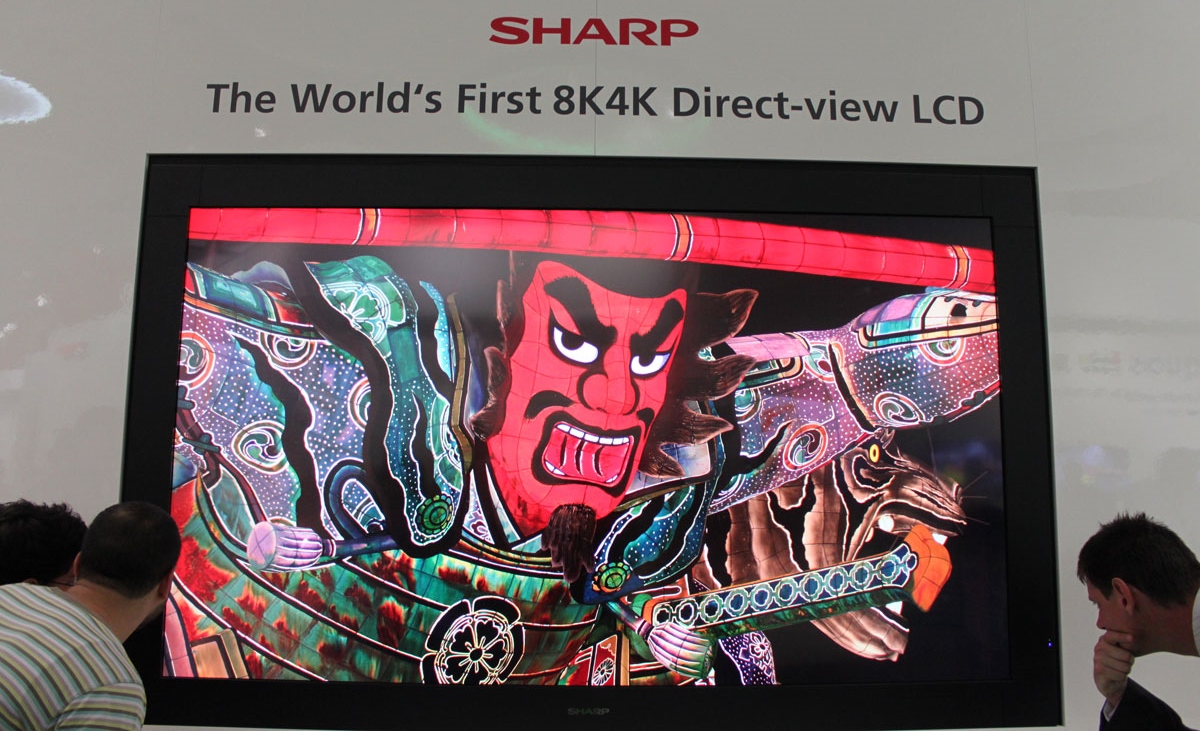 Now, I’ll admit that I personally spent several long minutes gazing at the glory which is Ultra HD resolution at CES. And, the images were gorgeous and detailed to be sure, likely fed a stream of barely compressed, native Ultra HD material from a concealed hard drive somewhere. But, after several hot, sweaty, agoraphobia inducing moments standing in the various demonstration prisons masquerading as booths, you start to notice that at all of these demos, people are standing mere feet away from the screens. And no one was just watching the screens. Oh no. They were all standing and scrutinizing the displays like they were all scientists peering at mysteries of the Ebola virus in a million-power microscope. You know, the way you casually watch TV at home.