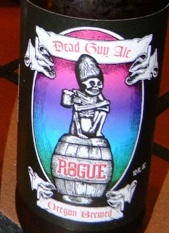 Bond approached the slumped figure warily. There were three options when someone was holding their body still in that "4">When he was within a few feet he relaxed. Bond had seen enough corpses to recognize the tell-tale signs of the no-longer living. The skin was taking on that waxy, lifeless pallor as all of the blood drained away, gravity pooling it to the lower extremities.

Bond used the edge of his foot to nudge the chair around, facing the slumped figure.

Except for one key difference.

This version of Bellock now had a single, neat, black hole bored into his skull directly above the left eye. A single single trail of dried black blood drew an exclamation point down his face. The blistering of the skin and singed eyebrow told Bond that the work had been done at close range. The lack of any signs of struggle indicated that it had been quick and unexpected.

Bond looked through the scattered papers on the desk and saw nothing out of the ordinary. He started to reach for Bellock’s pockets and then noticed something. In Bellock’s left hand was a playing card, the Ace of Spades. And in his right, an unopened bottle of beer. Bond slipped the bottle out of the corpse’s grasp and studied the label; a smiling skeleton. Dead Guy Ale. Message received.