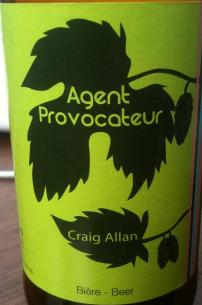 The waiter strode up rapidly and placed a bottle on Bond’s small table, with the label oddly facing away. He turned quickly, meaning to leave, but Bond thrust out a hand and grabbed his jacket.

“I didn’t order this,” Bond growled.

“I was told to deliver this bottle to you, monsieur. That is all.” Bond held for a moment longer and stared hard into the man's scared eyes. Bond judged him to be telling the truth, and released his grasp. The waiter departed, anxious, it seemed, to rid himself of his assignment and put distance from this patron.

“James Bond,” Bond recognized the voice before he even looked up. “Or is it Boldman? Or perhaps it's Bray this time... Either way. How nice it is to see you here. Back in my country.”

The well-dressed man took the seat opposite Bond and placed his hand on the bottle.

“René,” Bond greeted his old friend with a humorless smile. Mathis was a member of the Direction générale de la sécurité extérieure, the DGSE, France’s secret service, and the equivalent to Bond’s opposite number in country. And someone that could stand in the way of Bond completing his mission.

Mathis slowly turned the bottle around until the label faced bond.

Rene held the label towards Bond like an accusation.

“I can’t allow you to step into this middle of this, Bond. It’s a local matter. And we're handling it. Locally. I’m sure you understand.”

“Of course, René,” Bond replied. “But I can’t allow you to stop me. It’s a British matter. And I’m sure you understand.”