Four Products That Know How to KISS

You’ve likely heard the acronym KISS before, as in “Keep It Simple, Stupid.” It means, when faced with a problem or when coming up with a plan look for the simplest solution instead of trying to exacerbate it with an overly complicated solution.

Consider this urban legend: Back in the ’60s during the space race, NASA wanted a way for the astronauts to be able to write in the zero-G environment of space. They needed a pen that would write when upside down or at any other position and at an array of extreme temperatures with ink that would never stop flowing. NASA supposedly invested millions of dollars researching and developing and testing, ultimately creating the zero gravity “astronaut pen” by using pressurized ink cartridges to keep the ink flowing. The Soviet scientists looked at the same problem and sent their Cosmonauts into space with pencils.

Sometimes the solution to a problem is a simple tweak or redesign that makes for something better. Here are four products that I’ve come across lately that know how to rock and roll all night and party every day KISS style. 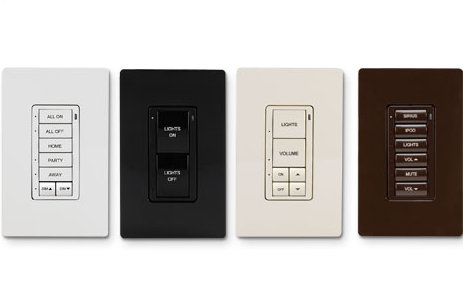 I hate installing lighting control devices. I mean I *hate* it. Even when you take away the fact that high-voltage can actually kill you, it’s still just a hateful chore. The problem is, when we are typically installing a lighting controller, it is in the process of replacing an existing one that has already been installed. And usually installed by an electrician that forced it into the box with all the delicacy of the Death Star’s garbage compactor and without any further thought to someone ever coming behind them and replacing it. Installing a new dimmer or switch means dealing with ultra-stiff Romex wire that is unwieldy, barely flexible and crammed and twisted into the plastic wall box in ways that neither man nor nature ever intended. The brilliance of the Crestron Cameo devices is in the way they accept the hateful, bare copper wire. Every other lighting device I’ve installed requires you to twist the Romex in a circular hook that you can tighten around the screws of the dimmer/switch. This requires pliers and squeezing and a fair bit of cursing to pull off successfully, and even then, there seems to be a fair chance that the thick and stiff Romex wire will slip off the screw when you are delicately placing jamming the switch back into the box. But some mad genius at Crestron looked at this problem and said, “Damn! All this bending and curling is just insanity! Why would you not just stick the wire straight in?! I mean, the Romex is already straight, why force someone to make this God-awful job any harder?!” The Crestron Cameos have a screw to loosen the wire receptacle, but instead of twisting the wire around the screw, you slide it straight into a hole in the back of the dimmer. But wait! There isn’t just one hole, there are two! This lets you loop thru hot or neutral wiring like many electricians like to do. But wait! Every dimmer can also be a four-button keypad! So you can use it to create lighting scenes along with the dimming. So when someone wants to replace a light in a bedroom, they not only get a smart, dimmable lighting device, they also get a keypad that is programmable and capable of doing anything! Take that, problem! Of all the switches and dimmers I’ve ever installed, the Crestron models are by far the least hateful which is high praise indeed.